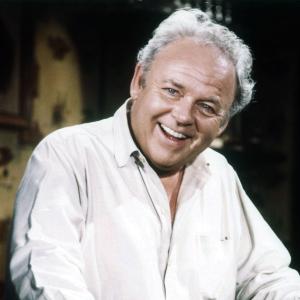 Playing a television character beloved by generations of viewers is a rare achievement. Doing it twice makes you an icon. Carroll O’Connor did just that: first, as loveable loudmouth Archie Bunker on All In The Family and then as Mississippi police chief Bill Gillespie on In The Heat Of The Night.

O’Connor could not have been more different than Archie, but that didn’t stop him from making us love him. While Norman Lear created All In The Family (based on the British sitcom 'Til Death Us Do Part), O’Connor made Archie Bunker who he was: the most memorably real character primetime TV had seen to date. His Archie was a product of a particular time, mentality, and upbringing, one that many of our parents and grandparents shared. O’Connor’s portrayal didn’t pull any punches, nor did it apologize.

O’Connor did the same with In The Heat Of The Night’s Chief Gillespie, a character with an equally problematic history (as depicted in the Oscar-winning 1967 film). His Gillespie became the anti-Archie, and O’Connor’s creative and supervisory role on the series gave him an opportunity to highlight diversity and tell stories unseen on primetime, before or since.

In the process, Carroll O’Connor earned five Emmys, a Golden Globe, a Peabody Award, and a place in our hearts. Here are some facts about one of the most enduring stars in TV history.

Carroll O’Connor was born on August 2, 1924 in The Bronx, New York. Like the character who made him famous, O’Connor lived in Queens as a child: first in Elmhurst and later in Forest Hills. (The Bunkers lived in Astoria.) Unlike Archie, O’Connor came from a family of white collar professionals; his father was a lawyer, his mother was a teacher, and his two younger brothers became doctors.

2. Both Archie and O’Connor served our country.

Archie Bunker is a proud veteran of World War II, a Purple Heart recipient who served in the Army Air Corps in Italy. (Fans of All In The Family know exactly where Archie was hit with shrapnel when he was wounded!) In real life, Carroll O’Connor was a student at the U.S. Merchant Marine Academy and served in the Merchant Marine during the war. Afterward, O’Connor attended the University of Montana, where he met the future Mrs. O’Connor: Missoula native Nancy Fields.

O’Connor married Nancy in 1951 while studying acting at the National University of Ireland. After living and working in Europe for three years (using the stage name George Roberts), O’Connor and Nancy moved to New York City. In 1958, he was cast in the Off-Broadway adaptation of James Joyce’s Ulysses, earning acclaim from critics. That production was directed by Burgess Meredith, a future Oscar nominee for Rocky and Day Of The Locust. O’Connor would return the favor decades later, casting Meredith as Judge Cully on In The Heat Of The Night. (Meredith also co-starred on the short-lived All In The Family spin-off Gloria with Sally Struthers, and made guest appearances on Archie Bunker’s Place.)

O’Connor made his film debut in 1958 in The Defiant Ones, a racially fraught drama. Four years later, while filming Cleopatra in Italy with Elizabeth Taylor, Carroll and Nancy adopted a newborn baby boy. They named him Hugh, after O’Connor’s younger brother (who had recently died in a motorcycle accident). Sixteen years later, Hugh O’Connor was stricken with Hodgkins Lymphoma and forced to endure chemotherapy and surgeries. He survived, but reportedly developed a dependency upon drugs that would plague him for the rest of his life. Hugh O’Connor worked behind the scenes on Archie Bunker’s Place in the early 1980s and was cast in In The Heat Of The Night as Sparta cop Lonnie Jamison, a character he played for the run of the series. Sadly, he took his own life in 1995, just weeks before the final episode aired. He was 32-years-old.

5. He first played Archie three years before All In The Family premiered.

O’Connor first caught Norman Lear’s eye as a blustery general in Blake Edwards’ What Did You Do In The War, Daddy? (1966). He was living in Rome when he got the call from Lear offering him the role of “Archie Justice” in 1968. The series – then titled Justice For All – was so unlikely to sell (at least in O’Connor’s opinion) that the star demanded a return plane ticket as part of his deal. He was right, but only temporarily. After one more pilot in 1969, the re-titled All In The Family was finally sold to CBS and debuted on January 12, 1971.

6. He nearly quit All In The Family in a contract dispute

After starring in television’s highest rated series for four seasons, O’Connor requested a raise in July of 1974. Lear balked, and O’Connor walked. He missed three episodes, with Archie’s disappearance explained by his going missing during a business trip. If O’Connor had indeed left the show, Lear’s plan was for Archie’s co-worker Stretch Cunningham (James Cromwell) to take over as the lead. Cromwell’s first appearance came just weeks before O’Connor’s walk-of. He was killed off in season seven, with Archie himself doing the eulogy for the man who nearly replaced him.

After nine seasons, All In The Family morphed into Archie Bunker’s Place in the fall of 1979. (Lear chose not to continue, but allowed O’Connor to keep the show going as long as he changed the name.) Sally Struthers (Gloria) and Rob Reiner (“Meathead”) had departed after season 8 and co-star Jean Stapleton would do the same after appearing in five episodes of the sequel series. (SPOILER ALERT! Edith dies off-camera.) Archie Bunker’s Place was cancelled unexpectedly by CBS in 1983 after four seasons, with no opportunity for a finale. After 12 years and more than 300 episodes, O’Connor never got the chance to give his career-making character a proper send-off.

8. He was more than just an actor on In The Heat Of The Night.

Five years after Archie Bunker’s Place, In The Heat Of The Night debuted on NBC. O’Connor clashed frequently with producers over scripts and storylines, and was himself named showrunner beginning in season three. Changes were visible almost immediately, with a greater focus on Sparta and its residents, rather than outside forces. O’Connor also hired Denise Nicholas, who would play Gillespie’s African-American girlfriend Harriet DeLong. In addition, O’Connor wrote the teleplay or story for two dozen episodes of the series using the pseudonym Matt Harris and directed three episodes.

Just months after In The Heat Of The Night concluded its eight-season run in 1995, O’Connor took on a recurring role on Fox’s family drama Party Of Five. He played Jake Gordon, maternal grandfather of the Salinger kids and secret benefactor of Bailey Salinger (Scott Wolf). O’Connor appeared in four episodes with future Ghost Whisperer star (and getTV favorite) Jennifer Love Hewitt, who played Bailey’s girlfriend.

After shooting his last episode of Party of Five in 1996, O’Connor was cast as Helen Hunt’s father Gus Stemple on NBC’s long-running sitcom Mad About You. In a bit of inspired casting, Gus’s wife was played by fellow television icon Carol Burnett. The two living legends had never acted together, but they did share the screen in a number of TV specials. The most notable of these was Keep U.S. Beautiful, a 1973 ecology-themed special on CBS.

In his final years, O’Connor wrote the memoir I Think I’m Outta Here and taught screenwriting at the University of Montana, where he had earned a master’s degree in 1956. O’Connor made his final acting appearance in the romantic drama Return To Me (2000) starring David Duchovny and Minnie Driver. He played Driver’s grandfather Marty, the Irish-American owner of a bar in a working-class neighborhood. Sound familiar?