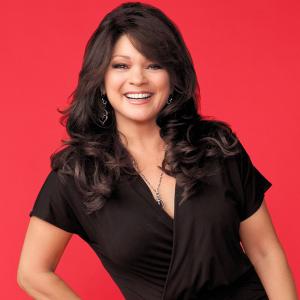 “They were five of the best years of my life,” Valerie Bertinelli said of her stint on Hot In Cleveland, now airing weekdays 6p–8p ET on getTV.

That’s high praise from an actress who’s spent 44 of her 59 years in the spotlight. She got her big break as Barbara Cooper on Norman Lear’s One Day At A Time in 1975, became queen of the made-for-TV movie in the 1980s, starred in the (tragically short-lived) sitcoms Sydney and Café Americain in the 1990s, joined the cast of Touched By An Angel in the 2000s, and “crash landed” in Cleveland with Betty White, Wendie Malick and Jane Leeves in the 2010s. Along the way, Bertinelli also became a best-selling author and pitchwoman, sharing struggles and triumphs with fans.

And now she has a new role: cooking show host. Valerie’s Home Cooking debuted two months after Hot In Cleveland ended and has since become one of Food Network’s most popular shows. Valerie recently scored her first Emmy for the series and has added two more shows to her hosting schedule: Kids Baking Championship and Family Restaurant Rivals.

There isn’t much this veteran performer hasn’t done. And now she can add “interview with the getTV blog” to her resume! The following is a transcript of our chat, edited for length and clarity:

getTV: Congratulations on your recent Emmy! Can you tell us what you're up to now?

VALERIE BERTINELLI: Right now, I’m developing recipes for the next season of Valerie's Home Cooking. I just launched a website and I’m putting a bunch of new recipes up on there. And I'm getting ready to watch Hot In Cleveland, too. I'm so glad you guys picked it up!

We’re so happy to have it. Is there a connection between your acting career and your new role as a cooking show guru?

I’ve been cooking longer than I’ve been acting! I think what people might like about Valerie's Home Cooking is, if I can make it you can make it. I'm going to make this easy for you. Hopefully, what I give to people through my cooking is a sense of joy.

Was food involved in any of your early roles?

The very first commercial I got when I was 12 was eating a chocolate Easter bunny for J.C. Penny's! It’s funny that it’s come all the way back to me and food on TV.

So, food is really in your DNA as a television personality.

Without a doubt! That I can go on TV and cook and it can be a show, it’s kind of like the best of both worlds for me. I've been acting since I was such a young kid and I’ve been cooking since I was a young kid, so there we have it. Both things I love to do, right there on television!

Oh wow. I never looked at it that way. You're right!

I was struck by the similarity. Are there other similarities?

Personally? The joy that I had working with all of these people. They were two of the most amazing experiences of my life.

You also had a unique opportunity on Hot in Cleveland to reconnect with your three principal castmates from One Day At A Time.

That will always be a gift to me, that Bonnie (Franklin) and Pat (Harrington) were there (in guest-starring roles) before they left us, that I was able to work with them one last time. And Mackenzie (Phillips) and I still keep in touch. She has actually been on my cooking show.

What was different about the work process in the ‘70s on One Day At A Time compared to the 2010s on Hot In Cleveland?

They were almost identical: learning through watching Bonnie's process and watching her make it her own, then watching Betty's process, how the funny just kind of slips out of her brain. She makes it look so effortless, the same with Jane and Wendie.

Hot in Cleveland is a contemporary show, but we've known everybody on it for decades.

Which episodes would you point to as your favorites?

That's really hard. Every show is so good and so much fun. I would suggest not to miss any of them.

Well that narrows it down!

[laughs] That’s how I feel about it, every show was special! And there are so many amazing guest stars! But, I guess if you want to narrow it down, the birthday episodes are always really good. I hope you guys show some of the blooper episodes because those were a lot of fun, too. And we did two live episodes those were pretty amazing and fun.

If the phone rang and they said, “We want to do a Hot In Cleveland reunion,” what would you say?

Where and when do I show up? Can I come right now?

We’ve watched you grow up. You've been part of our lives, in some cases, for as long as we can remember. Do you consider yourself an icon?

Oh God, no. Maybe one day, if I can hang out as long as Betty can. I’m hoping to be the Betty White of Food Network, so we will see. Hit me up in twenty years!