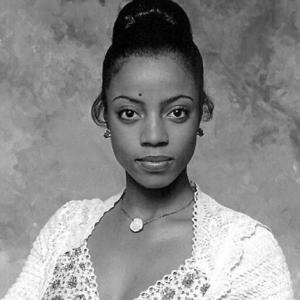 When Good Times debuted in February of 1974, it was a television first: a comedy about a Black family in an inner-city housing project. Today, the six-season sitcom from producer Norman Lear is as timely and popular as ever. A live, primetime recreation starring Viola Davis and Andrew Braugher as Florida and James Evans drew big ratings in December of 2019. And an animated reboot, updating the Evans family to the present day, is coming soon!

To celebrate and examine the show’s enduring popularity, getTV recently spoke with Bern Nadette Stanis, who made history as sassy-but-responsible daughter Thelma Evans. As the first African American teenaged girl on an American TV sitcom, Stanis became a role model for young women of all races in the 1970s. And she continues to be today, as new generations discover the series on getTV.

After Good Times ended, Stanis guest starred on top-rated shows like The Love Boat and The Cosby Show. Today, she’s the author of three books and a frequent guest speaker— and she’s still acting!

We spoke on the phone with this TV icon about how she got the role, the behind-the-scenes turmoil that led to the departure of stars Esther Rolle and John Amos, and her life today. The following are highlights of that conversation, edited and condensed for space and clarity.

You were going to school in New York City. How did you find out a sitcom called Good Times was happening in Hollywood?

BERN NADETTE STANIS: I was in a beauty pageant and a manager came over to my mother and said, “There’s a television show, and your daughter looks like she could fit the role.” So, I went into the audition and Norman Lear was sitting there. I look at the script and said, “Mr. Lear, is it okay if I improvise? I don’t talk like this.” So, I went up there with Jimmie Walker and I started improvising.

So, you told one of the hottest producers on TV, with a bunch of Emmys in his pocket, that you could do better than his writers!

Ignorance is bliss! I was like, “I know he’s powerful, but come on! These words don’t work.” I think he liked that attitude. Norman and I get along so well.

Do you remember when you heard you got the part?

I remember this so clearly. It was four o’clock in the afternoon. I walked in the door and my mother was sitting on the couch with her legs crossed. And she said, “You got it. You’re Thelma!” And that’s when my life changed.

A lot of younger actors aren’t prepared for success. Were you?

I was prepared emotionally, because my parents were very strong parents. So, I knew I had to do the right thing for my mom and my dad and my brothers and sisters. I wanted them to be educated. I wanted to get my mother out of the projects. It was nothing about, “Oh, I’m a star.” I had a mission.

Did you realize you were going to be the first African American teenaged girl on a sitcom?

It didn’t really hit me until a couple years later. Growing up, my idol was Marlo Thomas. And so, I wanted to be her. I didn’t see her as white. I didn’t see her as anything but a young, aggressive, beautiful woman. To this day, all kinds of ladies come up to me and say, “You were my idol.” It’s not the color, it’s the essence of the character.

How much of your life experience inspired Thelma?

Did you ever have an experience like in your audition, where you had an issue with a script and went to the producers?

My lines weren’t very much, like “Hi Mom. Hi Dad. Shut up, J.J.!” So I went to Esther Rolle and I said, “I feel like I could do more on the show. I’m really getting bored.” So, we go to the reading for the next show, we’re reading the script, and she says, “My son J.J .has a lot to say. My son Michael has a lot to say. I want my daughter to have a voice as well.”

That’s a very generous thing for an actor to do in an ensemble show.

And that’s why I loved her so much. She’s long gone now, but I say to her all the time, “Mom, look what you’ve done. Look at your show. It’s still going on 45 years later!”

I looked at it like, “Hold the show together.” Do your part, because Esther and John would want us to do that. Esther had to make her statement.  She had to do what she had to do for whatever reason. I wasn’t gonna let the show down by any means.

Are there any misconceptions you’d like to clear up?

When the show was conceived, they did not want to have a father. Esther said, “I would like to do a show with a father.” Norman loved her, so he granted her that. John Amos was 34 years old. He was a young man, so maybe he was a little bit more aggressive or hot-headed. Esther was 20 years older than he was. With her maturity, she understood things. I’m sure if John was really 54, he might have handled things a little easier. So, I don’t blame anyone. I don’t blame him for the way he is.

And he was fighting for something worthwhile.

He was passionate. He was fighting to make sure everything looked dignified. Unfortunately, the producers and he didn’t agree on certain things, so it didn’t work. To this very day, we’re all still close. And Jimmie and Michael, we’re like real brother and sister.

Would it feel weird to see somebody else play Thelma in a live, primetime special where they recreate classic episodes?

It wouldn’t feel weird, but it would look weird to me. I admire what they did with the [live] Norman Lear shows. But, from an audience point of view, I believe they want to see the real Thelma grown up.

That’s the trend now, to revisit shows decades later. Have you ever thought about a sequel series?

It’s been 40 years since Good Times ended. You have three generations of fans at this point.

Just like the boys did in the ‘70s! Do you enjoy seeing your younger self on TV?

I absolutely love watching myself when I was younger, and my kids love it. My fans love it. The only thing about it is, it’s competition for me! Like, “Okay, you gotta keep it up, girl!”